Does my child have a TS?

Tourette Syndrome, or TS, is a disorder of the nervous system that causes children to have “tics.” Tics are sudden twitches, movements, or sounds that people do repeatedly. A child who has tics cannot stop their body from doing these things. Children with TS have two forms of tics: motor tics, involving movements of the body, like blinking, and vocal tics, involving sounds made with the voice, like grunting.

Tics can be either simple or complex. Simple tics involve just a few parts of the body. Examples of simple tics include squinting the eyes or sniffing. Complex tics usually involve several different parts of the body and can have a pattern. An example of a complex tic is bobbing the head while jerking an arm, and then jumping up.

My child has tics. What now?

Tics are common, but for children to be diagnosed with TS, tics have to occur many times a day, nearly every day, for at least a year. Symptoms usually begin when a child is 5 to 10 years old and can impact how children do in school, their relationships, and their health. The media often portray people with TS as shouting out swear words or repeating the words of other people. These symptoms are rare and they are not required for a diagnosis of TS.

The frequent symptoms often are motor tics that occur in the head and neck area. Tics usually are worse during times that are stressful or exciting. They tend to improve when a person is calm or focused on an activity.

The types of tics and how often a person has tics changes a lot over time. Even though the symptoms might appear, disappear, and reappear, these conditions are considered chronic.

What conditions also occur in children with TS?

How is TS diagnosed and treated?

There is no single test, like a blood test, to diagnose TS. Health professionals look at the person’s symptoms to diagnose TS and other tic disorders. The tic disorders differ from each other in terms of the type of tic present (motor or vocal, or a combination of the both), and how long the symptoms have lasted. TS can be diagnosed if a person has both motor and vocal tics, and has had tic symptoms for at least a year.

Although there is no cure for TS, there are treatments to help manage the tics caused by TS. Many people with TS have tics that do not get in the way of living their daily lives and therefore, do not need any treatment. Medication and behavioral treatments are available if tics cause pain or injury; interfere with school, work, or one’s social life; or cause stress. Management of TS should include timely and accurate diagnosis, education, and behavioral or medication treatment if needed. 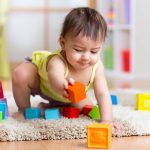 What is Early Intervention? 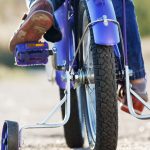 Before you make a movement 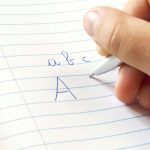 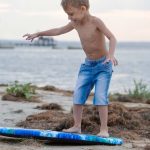 What are the seven senses? 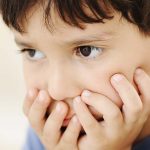 As a Specialist Educator
As a Therapist
As a Referring Associated

AC&A Special Educators and Pediatric Therapists are licensed professionals and follow the best practices and standards approved by their professional associations.

This site content is under the responsibility of Amee Cohen & Associates. Secure Video Library and Video Consultation HIPAA compliant.